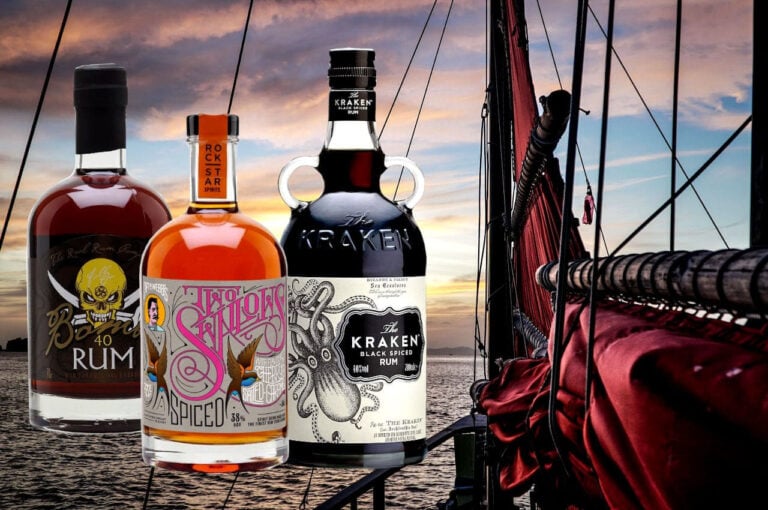 The mysterious history of rum makes this spirit incredibly interesting, with tall tales from all over the globe. Each region has its legends of who was the first to create this spirit. All that is known for sure is that it started with sugarcane.

A History Of Rum

The true origins of rum are unknown, but there is a theory that it was first produced in Barbados or Brazil. Most of the evidence places Barbados as the first, but the Brazilians have their evidence too.

The history of rum starts with sugar cane. This sharp-edged tall grass is originally from Papua New Guinea and was first harvested around 4000BC. Merchant Traders quickly found interest in the sweet syrup of sugar cane, and they promptly exported it to Africa, India, and Spain.

Alexander the Great mentions sugar cane in his logs as far back as 325BC. He said it’s a plant that brings forth honey without the assistance of bees. His soldiers made cane honey by evaporating sugar cane juice, a process they had seen in Bengal, India.

By the 11th century, the sugar trade was bustling in India and Egypt. Traders introduced sugar cane to Mediterranean Europe during this time, which was great for commerce. This led to sugar cane plantations in Sicily, Cyprus, and the Iberian Peninsula.

In the 1400s, the Portuguese began to grow sugar cane in their African Colonies, Cape Verde, the Canary Islands, Madeira Island, and The Azores. During this time, the colonisation of the Caribbean was in full swing, and sugar cane was the perfect crop to grow on the islands.

Enslaved Africans were brought in to work the sugar cane plantations, creating the inexcusable and tragic slave trade.

The success of the sugar trade spread rapidly, with plantations and refining mills being recorded in:

The molasses produced from refining sugar was abundant in these areas and was often sold as a sweetener. The enslaved people took the molasses and fermented it into alcohol through an ancient African technique called Akpeteshie, resulting in an alcoholic drink called Guarapo.

This is possibly the first sugar cane spirit and where it all started, as Dr John Layfield, a scholar on an English Military expedition, documented in 1598. But besides Guarapo, Marco Polo mentions “wine of sugar” in his travels to India and Iran in the 14th century. Unfortunately, not much further evidence is available about this drink.

In 1627 James Drax arrived in Barbados and purchased 850 acres of land for sugar cane production. He built the island’s first stone windmill, which was essential in sugar and rum production at that time.

Decades later, Richard Ligon, a Royalist refugee, mentioned an island drink called “Kill Devil” in his memoirs. He described it as a sugar cane distilled, hellishly hot, vile-tasting liquor made from the skimmings of the coopers that boil the sugar.

He further stated in his book “A True and Exact History of the Island of Barbados,” published in 1657, “If the stills are at fault, the Kill Devil cannot be made.”

In 1654 the word “rum” was used in a Connecticut Court order that was issued to confiscate the liquor from the Barbados traders. This liquor was called “Rumbullion,” Rumbustion, and Kill Devil on the executing document.

1657 saw a Massachusetts General Court declare that there was an overproduction of alcohol called “Rumme,” strong water, wine, and Brandy ceasing all imports.

The first official appearance of the word “rum” was on a deed of sale in 1658 for the “Three Houses Plantation.” The deed stated, “four large mastrick cisterns for liquor for rum.”

Further evidence that Barbados was the epicentre for rum production comes from a property deed. The property deed listed equipment transferred for sale on 20th February 1703. Listed were two stone windmills, one boiling house with seven coppers, one curing house, and one still house.

There is no mention of what the equipment’s intended use was. But with so many sugar cane plantations in Barbados at the time, it is suggested that it was for rum production.

In 1552 Governor Tomé de Souza of Bahia in Brazil mentioned Cachaça in one of his documents. He wrote that the enslaved workers in the sugar plantation were more willing to work if they were allowed to consume Cachaça, a Brazilian sugar cane liquor.

In George Marcgrave’s book “Historia Naturalis Brasiliae,” published in 1648, he mentions Cachaça, describing that the recipe had not been improved for over one hundred years.

Piracy and rum went hand in hand, with many trade privateers becoming pirates and buccaneers. This led to the Royal Navy capturing the Island of Jamaica in 1655. Jamaica produced its rum locally at the time, resulting in the navy having a stockpile of rum.

Now that rum was readily available, the Royal Navy changed the daily sailor liquor rations from French Brandy to Jamaican rum. This practice continued, albeit a watered-down grog, till it was abolished in 1970.

The popularity of rum quickly spread to colonial North America, and by 1664 the first rum distillery opened in the Thirteen Colonies. Three years later, a distillery opened on Staten Island, Boston, Massachusetts, and quickly became the largest industry in New England.

By 1700 rum was an accepted currency in Europe. Even though Europe accepted American-made rum as trade currency, they still viewed the Caribbean rum as better and more in demand.

In 1713 France banned the import of rum to its colonies as it was a direct competitor to their Brandy. This gave New England a chance to undercut their rival rum producers in the British West Indies by purchasing sugar cane molasses from the French colonies and increasing production.

This led to the Molasses Act in 1733, which levied a prohibitive tax on imported molasses. This would have resulted in many distilleries closing down if the act had been followed. But due to rum being almost 80% of New England’s exports, many officials looked the other way, making the effectiveness of the molasses act minimal.

The Sugar Act (American Revolution Act) of 1764 was heavily enforced, and the tax on imported sugar led to a decrease in rum production. This is said to have assisted with the American Revolution. Even with the sugar tax, rum still remained very popular.

In 1789 George Washington requested a barrel of Barbados rum at his inauguration ceremony. This resulted in rum becoming politicised, with candidates offering rum for votes. The candidate would then drink with the voters to prove they were independent and a true Republican.

Australia was a penal colony that was established in 1788. It faced severe food shortages from a lack of supply ships from Britain. India, a British colony at the time, was then selected to supply the penal colony as it would be quicker and cost significantly less. India shipped Bengal rum with other food supplies to Australia.

Bengal rum quickly became very popular amongst the colony, as it would help them temporarily forget their lack of creature comforts. Rum promptly became valuable as there was a lack of coinage amongst the population.

In 1808 Governor William Bligh wanted to rid the colony of drunkenness and outlawed rum as a means of trade. This led to the Rum Rebellion, where New South Wales Corp marched to the Governor’s house with bayonets fixed and placed him under arrest.

The Corps continued to control the island till 1810, when the new Governor arrived. He took over control and continued with the rum ban.

By 1817 two out of three ships that returned from India had barrels of Bengal rum hidden in their cargo holds. The Royal Marines would float the barrels to shore during the night before the ships docked, as the Governor ordered all ships to be searched for illegal rum when they docked.

The history of rum is a really puzzling tail with many gaping holes. During the modern era, rum continued to be reasonably successful and saw a slight increase in popularity through all the prohibition acts.

However, rum did survive the prohibition, and in all its glorious forms of dark rums, spiced rums, Navy rums, white rums, and gold rums have become increasingly popular over time.

Today rum may be produced in modern distilleries with new high-output stills and is more readily available to the masses. It is still enjoyed on its own or in a cocktail, but the question remains: who was the first to produce rum?

Recommended book: A Rum Tale: Spirit of the New World 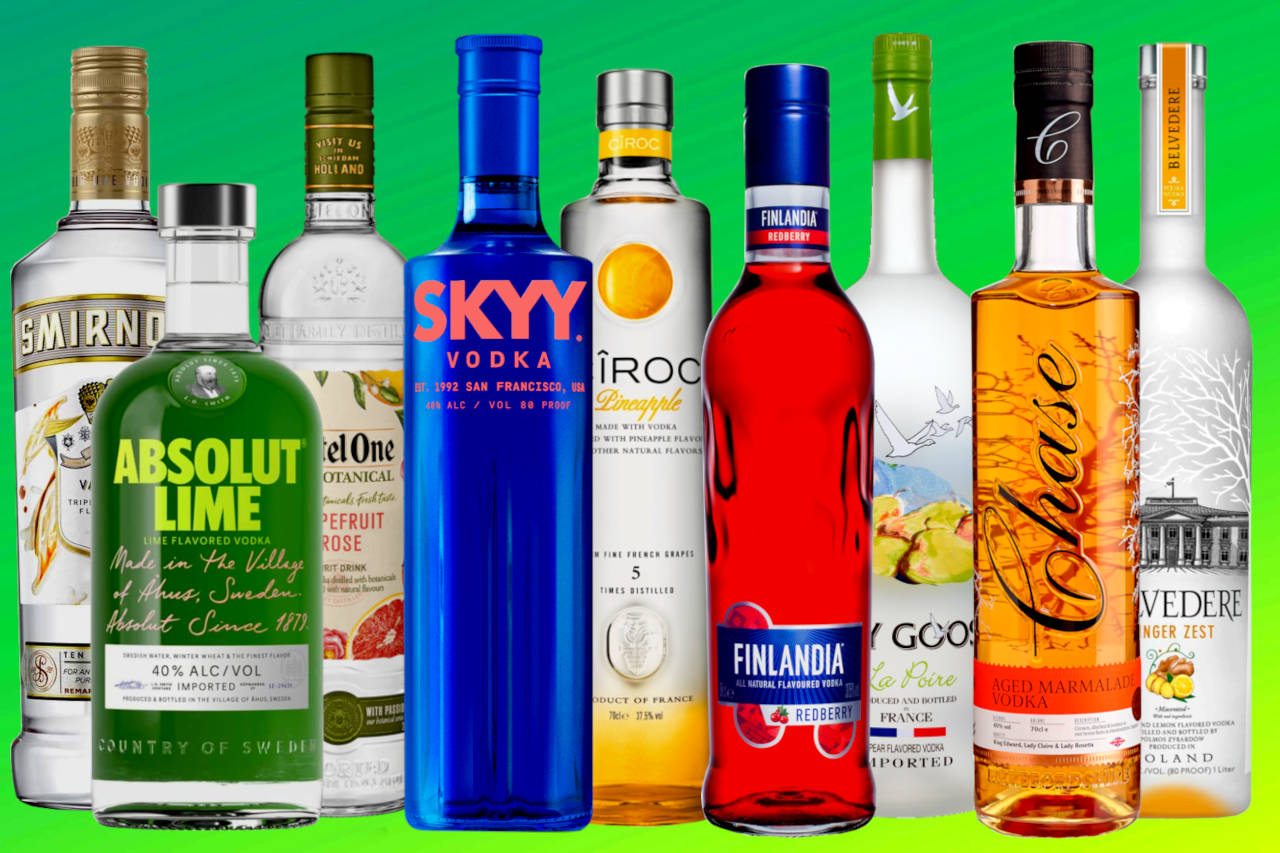 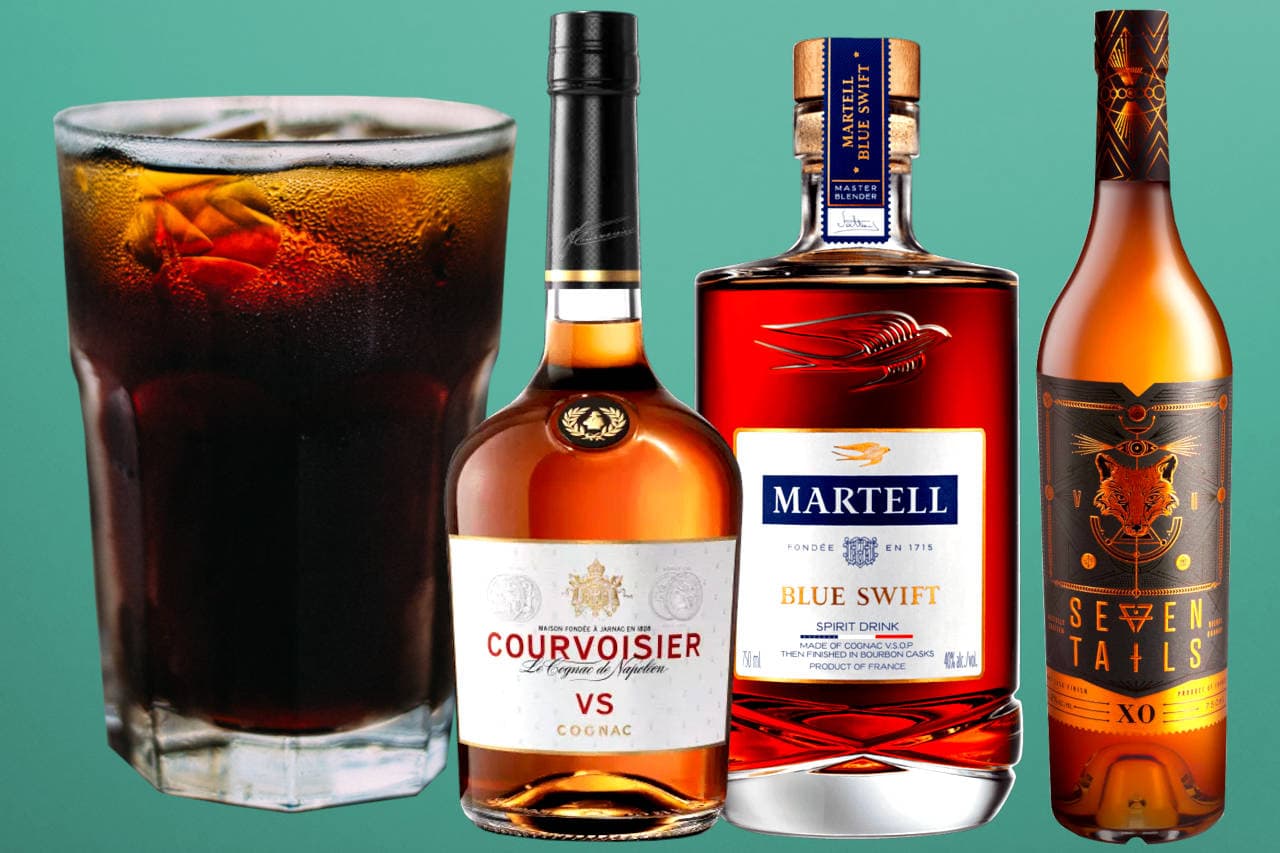 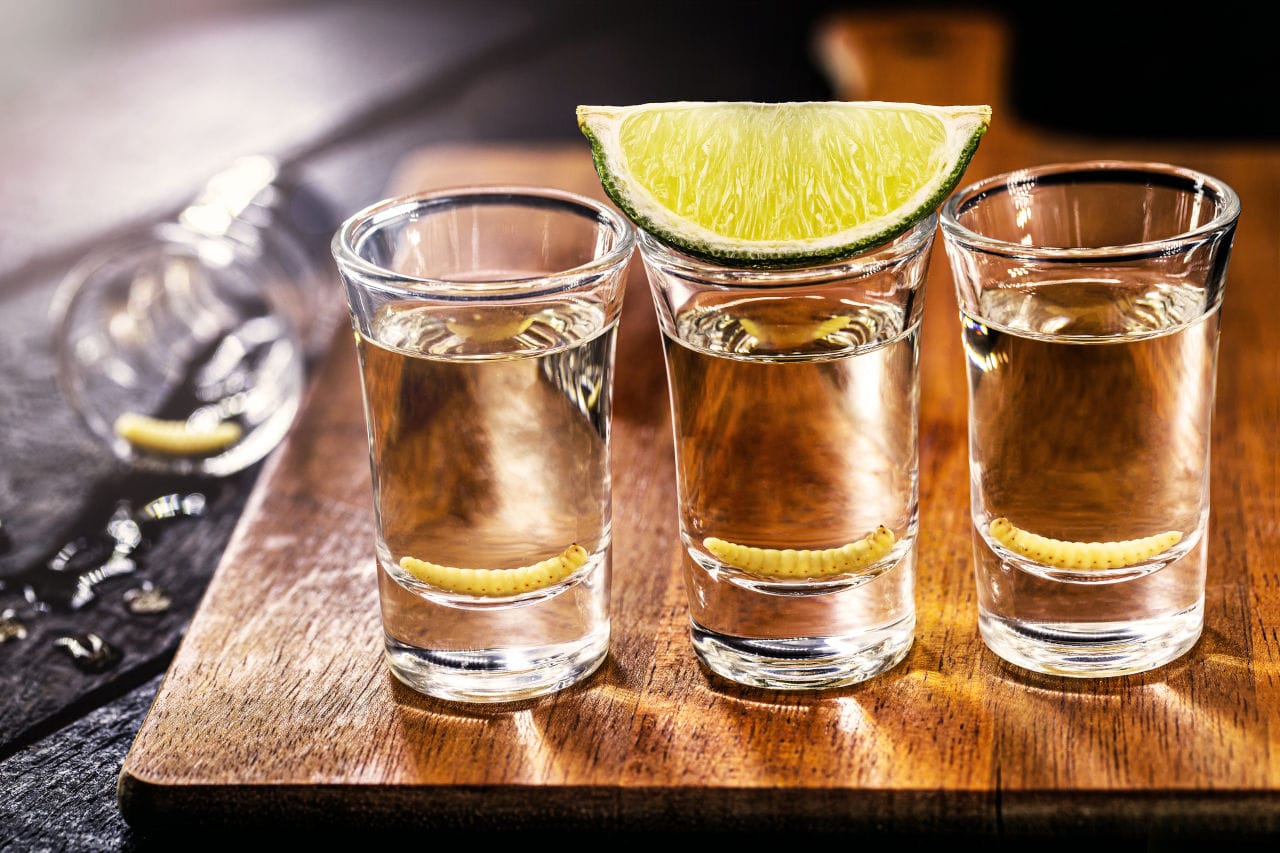 The myth of tequila and the worm has intrigued drinkers over the years, with many brave souls even taking a bite out of it. As the history of the tequila… 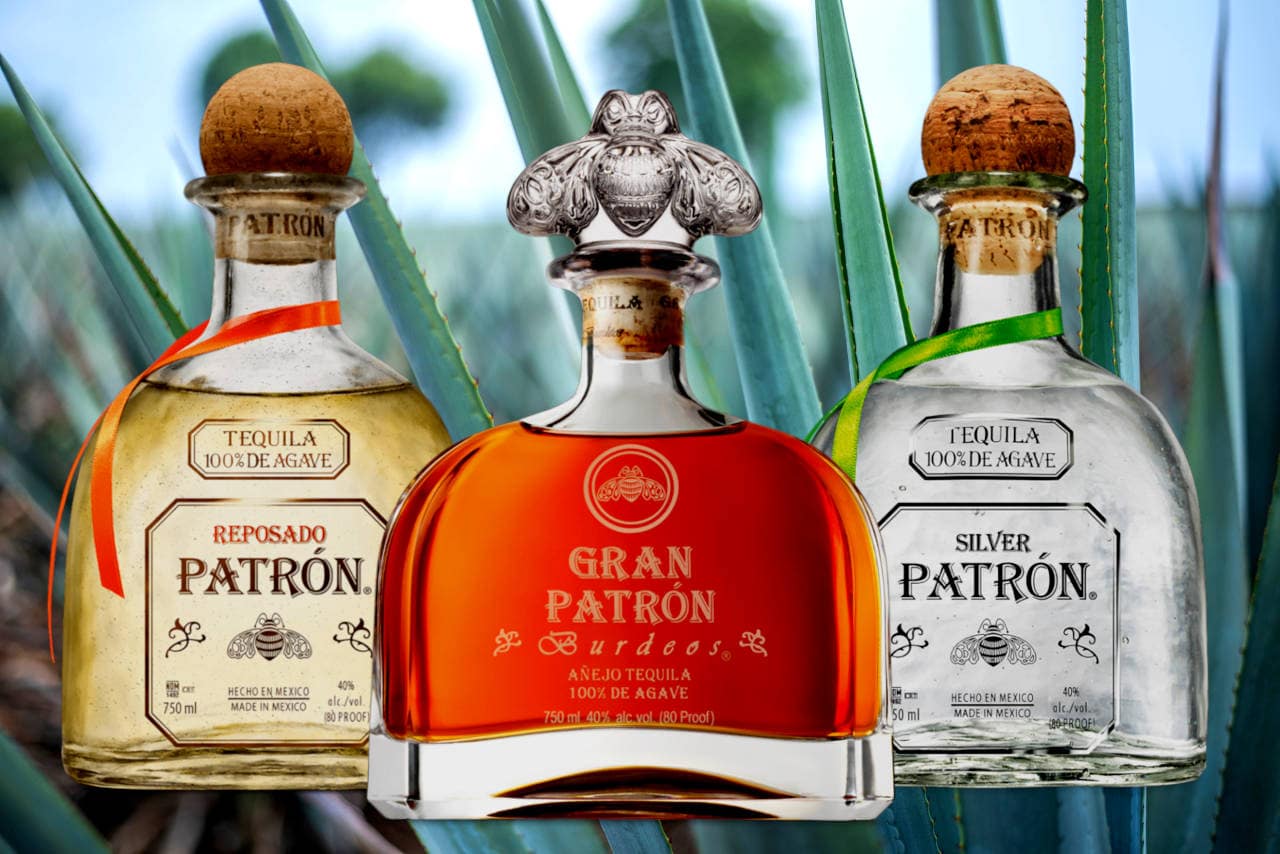 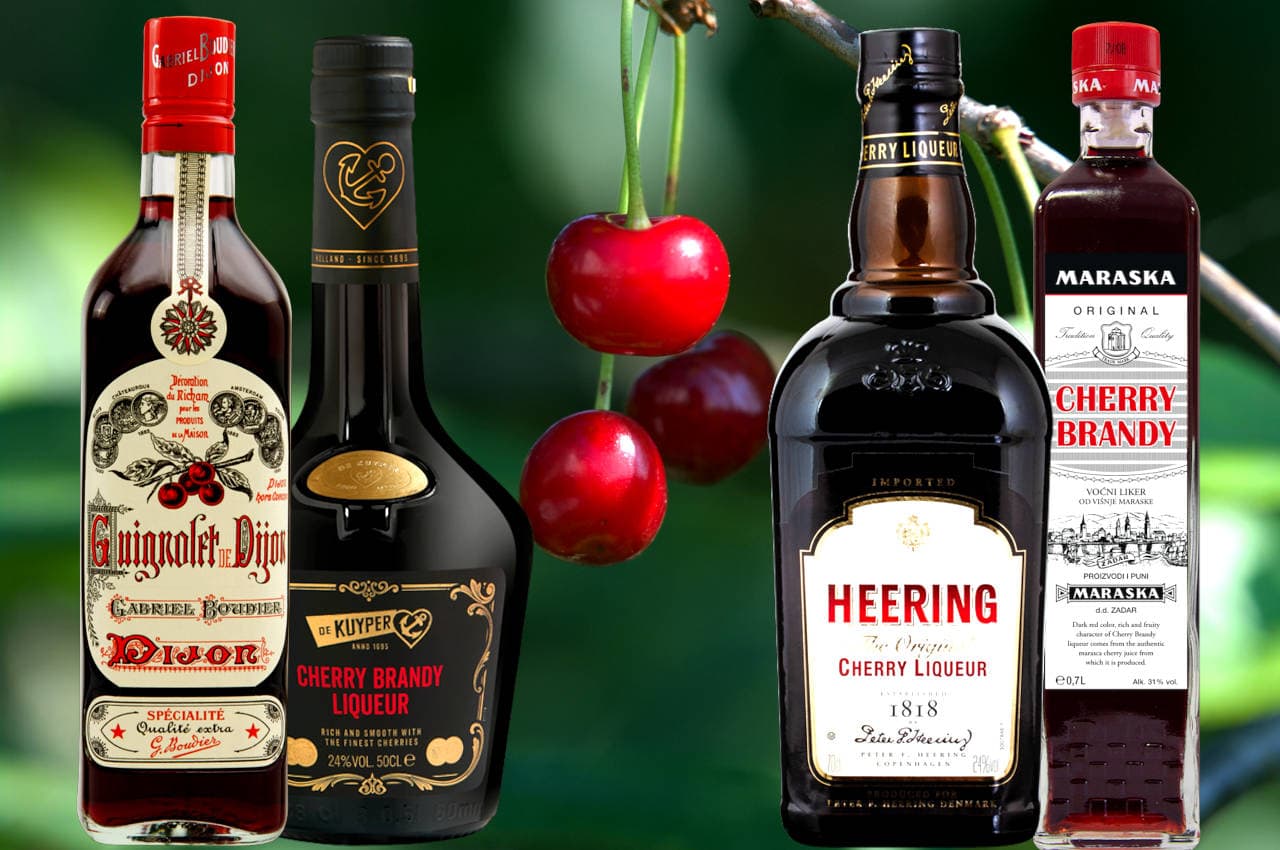 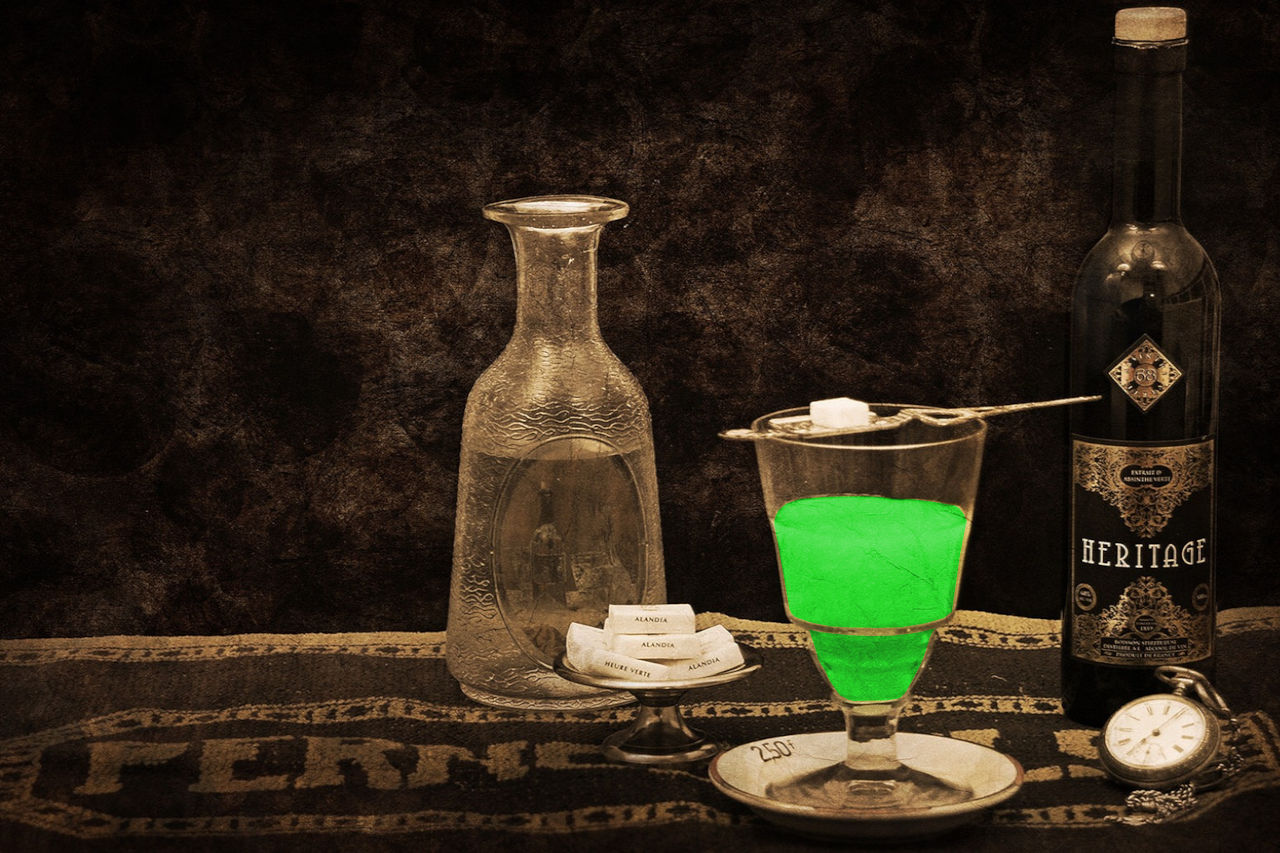 Absinthe has been shrouded in mystery since the first bottle was produced. Any drink associated with hallucinations named “Green Fairy” does require further investigation. Something about this mystical spirit appeals…